Depression is perhaps the most common psychological disorder today - almost anyone can be affected at some point during their life; research suggests that between 5 and 10% of the population suffer from depression to some extent at any one time. It can be a significant factor in the breakup of relationships, career problems and lack of motivation.

Depression affects people in different ways often, when it occurs, the individual will turn it on themselves and refuse to engage with others. Severity can range from being almost totally dysfunctional to having some of the physical and psychological symptoms associated with the illness:

Some of these symptoms can be treated specifically. Insomnia, Eating disorders, Lack of concentration are examples. Often depression is exacerbated or even caused by substance abuse, alcohol, drugs, cigarette smoking.

Hypnotherapy is now recognised as one of the most successful interventions (if necessary in conjunction with medication) in the treatment of Depression and Anxiety.

Solution Focused Hypnotherapy can make a positive difference to the way you act or react by changing old patterns of behaviour to new more positive ones thus enabling you to cope so much better with life's challenges. The therapy focuses on your strengths and resources enabling you to look forward to a more motivated, positive future where you are more in control of your thoughts, feelings and actions giving you the ability to engage fully in life again.

Its success can be aided by self hypnosis and the free relaxation CD you will receive at your initial consultation.

To take that first step towards making positive change call 07867 936505 now or contact us with your requirements. 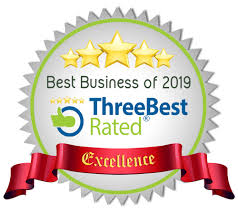 I was feeling a bit lost after the death of my husband, not really quite knowing what to do and was very stressed, with everyday things like driving making me anxious. However, am so glad I came across yourself, you put me at ease straight away and thanks to your tools and techniques, put me bac...